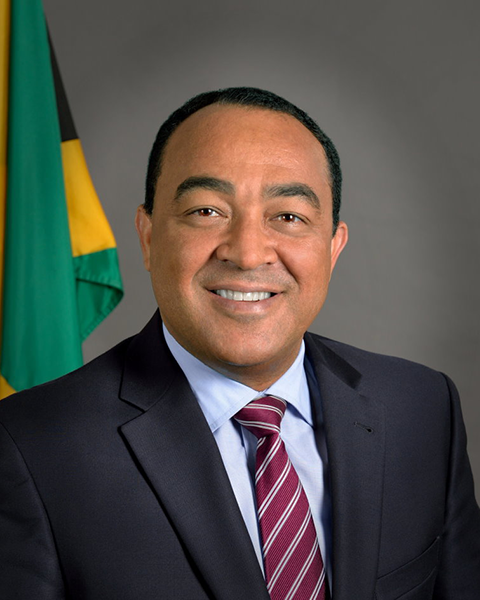 Minister of Health and Wellness

Dr. the Honorable Christopher Tufton was appointed Minister of Health in March 2016 following his election as Member of Parliament for West Central St. Catherine in February 2016.

Dr. Tufton served as cabinet minister on two previous occasions, as Minister of Industry, Investment & Commerce from June to December 2011 and as Minister of Agriculture and Fisheries from November 2008 to June 2011.

Dedicated, passionate, and goal-driven, he received numerous achievements during his tenure in public office. As Minister of Agriculture he spearheaded the successful divestment of Jamaica’s loss-making sugar assets, expansion of greenhouse farming technology and the creation of agro-processing facilities.

Minister Tufton re-defined the sector’s strategic importance to the Jamaican economy, repositioning agriculture as a business. This was achieved through modernization and restructuring of the Ministry; expansion of extension services, revamping of agricultural research to be demand-driven, augmenting the marketing division and creating the Agro-Investment Corporation to mobilize investments in that sector. For his impact on the Agricultural sector he was named by the influential Jamaica Gleaner as Man of the Year for 2010.

The same drive and passion was exuded when he headed the Industry, Investment & Commerce Ministry where his focus was in investment facilitation, international market competitiveness, consumer protection and the creation of a climate of confidence to attract investors.

After leaving Government in December 2011, Dr. Tufton served as the Co-Executive Director of the Caribbean Policy Research Institute, a University of the West Indies Think Tank, while also serving as an Opposition Senator (2012 – 2016).

Dr. Tufton is a business strategist whose expertise includes International Business & Marketing Strategy, specializing in foreign direct investment facilitation and the impact of public policy on industry. He has lectured and conducted business consultancy in Jamaica, the United Kingdom and the USA, in a number of areas including International Marketing, Business Strategy and Entrepreneurship.

A graduate of the University of the West Indies and Georgia State University, he received degrees in Management Studies and Marketing respectively. He completed his Doctorate in Business Administration at the Manchester Business School, University of Manchester in the United Kingdom in 2002.

Minister Tufton is married to Neadene and they have three children: Charles, Kimberly and Adam.