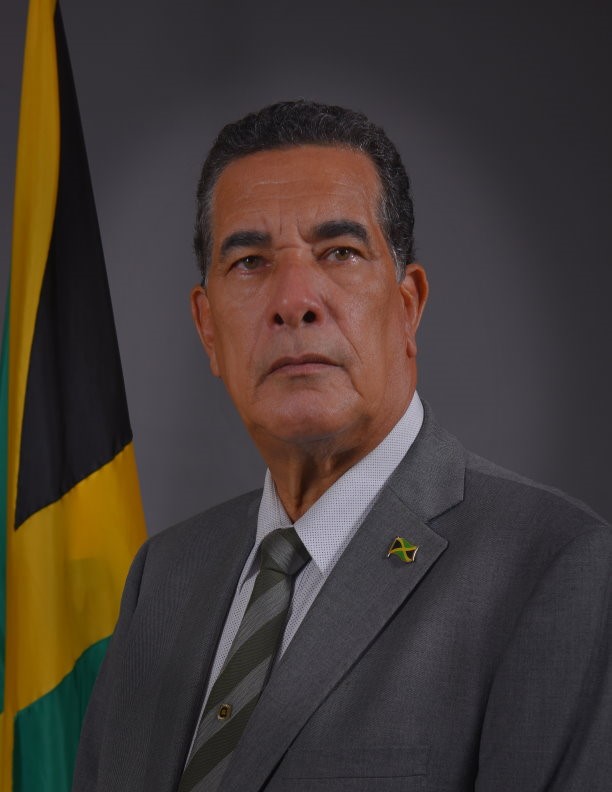 State Minister in the Office of the Prime Minister

The Honourable Homer Edward Davis, Minister of State in the Ministry of Local Government and Rural Development is an experienced politician who is consistently agitating for the development of his constituents, and the wider Jamaica.

The Minister of State has portfolio responsibility for Rural Development including Rural Water and Rural Electrification Programme. He was promoted to undertake ministerial responsibilities following the September 3 General Election in which he was voted as the Member of Parliament for the constituency of St. James Southern.

Consequent to the 2016 Local Government Election where he got his third consecutive term as councillor for the Cambridge Division in St. James; the Minister was sworn in as the 17th Mayor for the City of Montego Bay and Chairman of the St. James Municipal Corporation.

Minister Davis began his journey into representational politics as the Jamaica Labour Party (JLP) Councillor for the then Anchovy Division (now known as the Cambridge Division). The JLP Deputy Secretary was caretaker for St. James Southern since 2010.

Prior to representational politics, he served his country as a member of the Jamaica Constabulary Force (JCF) for over 19 years.

Minister Davis is also a successful businessman and is the Managing Director of Efficient Haulage Equipment and Hardware Company Limited in Montego Bay, St. James.

He has functioned as a Director of the Montego Bay Chamber of Commerce and Industry from 2000 to 2006; wore the hat of chairman for the Rural Water Supply Limited between 2016 and 2020 as well as a member of the Coconut Industry Board from 2016 and 2020.

This Justice of the Peace was also awarded the Order of Distinction – in the rank of Commander (CD) – in October 2018 for dedicated public service in the field of Local Government.

The Minister of State places a high value on education and community development, and wholeheartedly embraces the spirit of partnership and openness for investment, to achieve the vision of shared prosperity for our beautiful island, Jamaica.

Minister Davis was born to Edward and Doris Davis on July 12, 1952 in Leinester, St. Mary. He is a devoted family man and husband to Dr. Carleene Grant-Davis, a Consultant Pediatrician, and head of the Department of Pediatrics at the Cornwall Regional Hospital. He is a great father to his children, an avid sports fan and enjoys reading, spending time with family and friends and travelling.