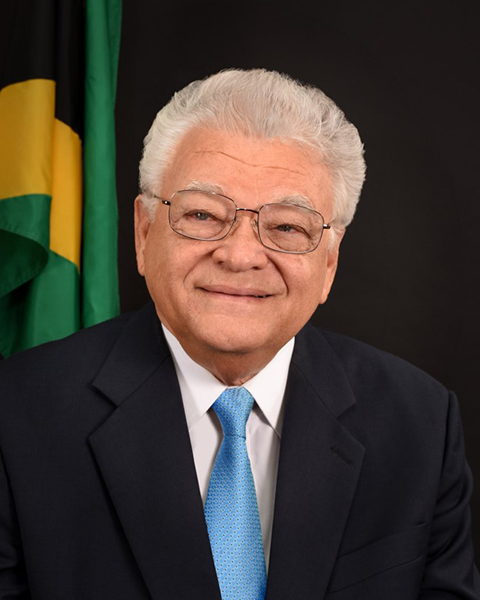 Minister of Labour and Social Security

The Hon. Karl Samuda is a businessman, farmer and a technocrat and, is best known as a veteran politician.

He attended Ardenne High School and pursued tertiary education in Canada, where he obtained a Bachelor of Commerce Degree from the University of Ottowa. Steeped in the discipline of Business Administration, he returned to Jamaica and was employed to Alcan Jamaica Limited and Industrial Gases Limited before venturing into furniture manufacturing and later farming, vocations which still occupy his interest, if and when his ministerial duties and political activities allow.

Minister Samuda also served on the Electoral Commission of Jamaica, having previously served an eight-year stint as a member of the Electoral Advisory Committee.

A former General Secretary of the Jamaica Labour Party, Minister Samuda has been the Member of Parliament for St. Andrew, North Central since 1980, and has the distinction of representing both major political parties in that constituency.

He has served as Minister of State in earlier administrations and was most recently appointed Minister of Industry, Commerce Agriculture & Fisheries.

Minister Samuda has been described as a no-nonsense individual with a passion for hard work and an insatiable appetite for success.

He is married with three sons.