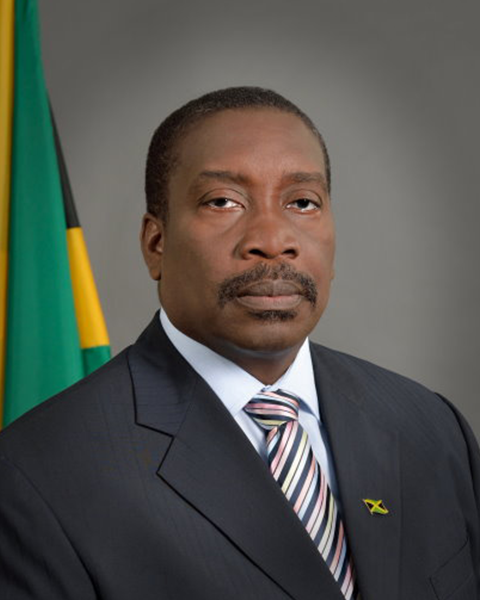 The Honourable Robert Montague is a proud son of St Mary with an outstanding record of service at the local, regional and international levels.

His leadership qualities emerged as student at St Mary High School where he was active in student life and had the distinction of serving as President of the Key Club and head boy.

He was later to serve as Distinguished Lieutenant Governor of the Kiwanis Movement.
He continued his education at the College of Agriculture, now the College of Agriculture Science and Education, graduating as a trained agronomist.
As the island’s Chief Agro-Consultant for Bayer Company, he was able to help farmers across Jamaica improve their productivity and economic welfare.

Growing up in a farming community it was natural for his love of the land and the rich farming tradition of his native St Mary to become a banana farmer himself.
He has continued in his involvement with farming with interests in forestry and agro processing.

Minister Montague has been very active in public service and community development for all his adult life.
He has been a champion for the cause of golden age homes and is passionately committed to strengthening local government and its role in improving the lives of citizens and communities.

His experience at the local and constituency level prepared him for political service at the national level as the Chairman of the Jamaica Labour Party.
He has provided leadership in Government as Minister of State in the Office of the Prime Minister with responsibility for Local Government, Minister of Agriculture; Minister of National Security and since March 2018 as Minister of Transport and Mining.

Minister Montague brings to the Transport and Mining portfolio a collaborative approach to leadership that is essential to building partnerships between the Ministry, its departments and agencies and the citizens of Jamaica.

He is an action-oriented leader who is committed to working with his team to find practical and innovative ways to overcome the serious challenges of crime and violence that Jamaica is experiencing in the mission to build a peaceful and prosperous Jamaica.