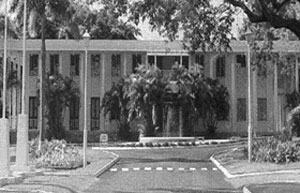 Alongside plans for nationhood in 1957 were discussions for an official residence for the Prime Minister of Jamaica. It was proposed that the Mona Great House be purchased but that proposal was not pursued. Vale Royal, the former residence of the Colonial Secretaries, was identified by the Government as an appropriate residence and was refurbished for that purpose in early 1962.

The Government changed with the General Elections in April 1962 and the new Prime Minister decided that Vale Royal was not a suitable residence for the Prime Minister of Jamaica as it was too small and could not accommodate overnight guests.

On December 11, 1962, the House of Representatives approved Vale Royal as the official residence of the Minister of Finance. On February 10, 1963, the House approved a Resolution for the construction of a residence for the Prime Minister of Jamaica at a cost of Fifty Five Thousand Pounds (£55,000 or J$110,000). Thirty (30) of the 187 acres of King’s House Lands were allocated for the House, which would be located at 6 Hope Road, Kingston 6. 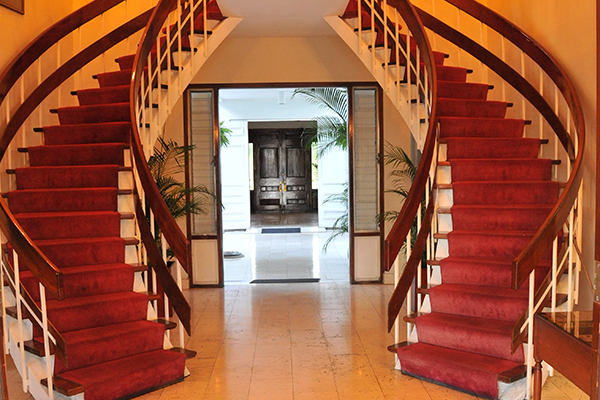 A Design Competition held in 1963, was won by Architect, Lloyd Shearer and his business partner, Marvin Goodman. The prize was Two Hundred Pounds (£200 or J$400). A Competition was also held to select a name for the building and from the 74 entries, the name Jamaica House was chosen. The winner received One Hundred Pounds (£100 or J$200).

Construction of Jamaica House was completed by late 1963. The House consists of a two-storey main building and outbuildings which at that time had household staff quarters, cabana rooms, a swimming pool and a gate house. The main building has an outstanding front portico, with columns flanked by panels of splint-face Serge Island greyish-green marble. The House is divided into two (2) parallel wings with a connecting bridge at first floor level.

Downstairs was the Banquet Hall, and the Prime Minister’s Study, while upstairs were two (2) suites. The suite in the guest wing facing Hope Road, contained a sitting room, bedroom and bathroom while the private wing on the other side, had three bedrooms, bathrooms and a sewing room. 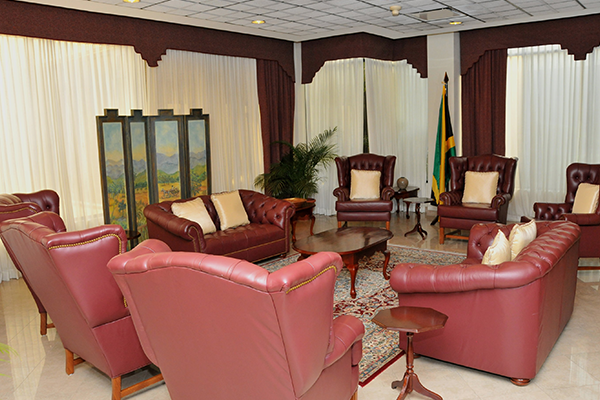 Decoration of Jamaica House began in November 1963 and Interior Decorator, Mrs. Joanne Sibley, was given Twenty Two Thousand Pounds (£22,000 or J$44,000). Bedding, towels and furniture for the family and guest suites were also purchased.

Focus was placed on the Banquet Hall and 160 yards of specially printed gold and white embossed cotton were purchased to make 20-foot drapes. Linen damask table cloths and napkins monogrammed with ‘P.M.’ were made for the T-shaped dining table, which seated 36. Other items acquired for the Banquet Hall included a 36-piece Chancellor gold and white bone China set, crystal glasses, also monogrammed with ‘P.M.’ and a canteen of silver.

The replica of the Arms of Jamaica in the Banquet Hall, was carved from mahogany by sculptor, Christopher Gonzalez. Nine (9) plaques with replicas of mahogany and brass pineapples, carved by Alvin Marriot, were mounted on woven straw with decorative lights and set high on the side walls beneath louvered French windows. The chairs in the Banquet Hall were high- backed with pineapple carving and bamboo-shaped front legs. A crystal and silver chandelier, 6 feet in diameter, 6 feet 6 inches tall with 24 lamps hung from the ceiling.

Most of the furniture used throughout Jamaica House was locally made from native woods such as mahogany, guango and Spanish Elm. 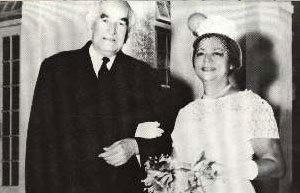 Following the General Elections in 1972, the House was refurbished and Prime Minister Michael Manley moved in with his family. 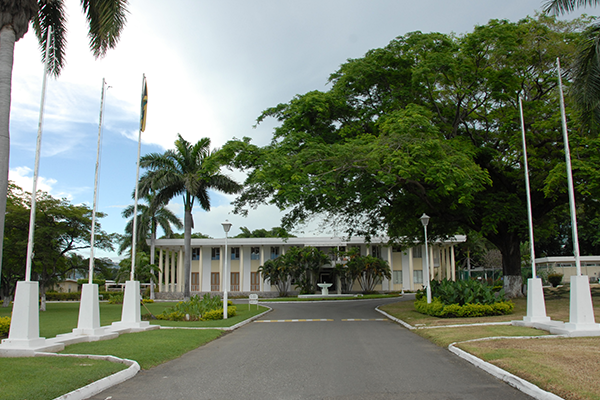 A few months after construction of the House was completed in 1963, staff from the Royal Botanical Gardens landscaped the Jamaica House Grounds. In 1974 the Mural and Pocket Park on the south eastern end of the Grounds were established as well as the Jamaica House Basic School, which is located on the western area of the Grounds, south of King’s House. The School was opened in September 1974 and accommodated children from the surrounding area and children of Office of the Prime Minister (OPM) Staff. On the western side of the Grounds, near Devon Road, was a playing field complex with paved tennis courts, football field, cricket pitch and netball court.

A portion of the southern end of the Jamaica House Grounds was cut off in 1974 to make way for the construction of the Louise Bennett Garden Theatre. The Theatre includes an orchestra pit, dressing rooms, seating and sanitary facilities.

The Ranny Williams Entertainment Centre, which adjoins the Louise Bennett Garden Theatre, has similar facilities and was also built in 1974 on land which was formerly part of Jamaica House Grounds. 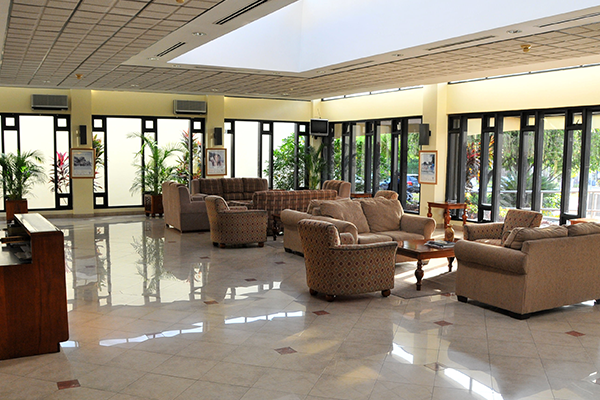 After a few months, a Wooden Building was constructed and aluminum trailers were acquired and converted to temporary offices for the entire staff of the Prime Minister’s Office. However, by 1974 the Prime Minister and his growing family found Jamaica House inconvenient for dwelling and they moved to Protocol House at Hopefield Avenue.