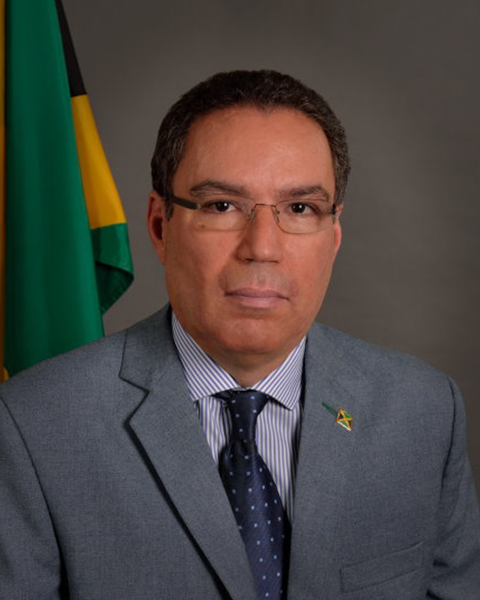 Minister of Science, Energy and Technology

Hon. Daryl Vaz  is the Minister without Portfolio in the Ministry of Economic Growth and Job Creation with responsibility for the Water and Housing portfolios and subject matters having to do with certain special economic development projects.

Minister Vaz is tasked with ensuring that water and housing projects are accelerated and that special economic projects, such as the Special Economic Zones come to fruition.

He was an Opposition Spokesman on Land and the Environment as well as ICT and Digital Society Development.

Minister Vaz is  the sitting Member of Parliament for Western Portland, a seat he has held since 2007. Among his achievements in Western Portland  is the completion of the Fruitful Vale Multipurpose Complex. This multi-agency project was completed through the collaboration of the  Jamaica Social Investment Fund, CHASE and the Sports Development Foundation at a cost of approximately  J$26 million. This project included the repair of a community centre, the creation of a playfield and multi-purpose hard court.

Through the Digicel Foundation, Minister Vaz also created a community enterprise called the Fruitful Vale Life Improvement Project that is currently providing part time employment for scores of persons in the constituency while providing poultry meat at an affordable cost for educational institutions and small local businesses.

During the course of his political career, Minister Vaz served as Deputy Treasurer of the Jamaica Labour Party, a post he held from 2006 to 2010.

An astute businessman, Minister Vaz was the Founding President of the Jamaica Used Car Dealers Association.

He is married to Ann-Marie Theresa Vaz and they have five children.