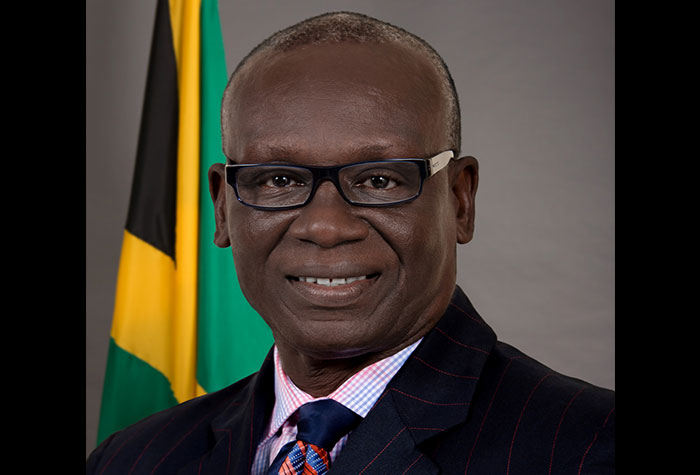 The Hon. Desmond Anthony Augustus McKenzie, CD, MP, JP was born on December 1, 1952. He is one of Jamaica’s longest serving career politicians.

His political career began in the local government fraternity under the Jamaica Labour Party (JLP) as Councillor for the Denham Town Division in 1977 through to 1984 and the Tivoli Gardens Division (1990 to 2011).

Minister McKenzie also served as a member of the Jamaican Senate between 2002 and 2003 and was the then Opposition’s Deputy Spokesman on Local Government, Urban Renewal and Rural Development during that period.

Desmond McKenzie gained national attention in his political career when he became the youngest Jamaican to have been vested with the title of Mayor of Kingston, the largest Capital City in the English-speaking Caribbean.  It was a position he held until 2011 when he was elected as Member of Parliament for the Kingston Western Constituency in the General Elections of that year.

He also held positions as a former President of the Jamaica Labour Party’s youth arm, Young Jamaica; Jamaica’s representative on the Caribbean and the International Youth Council; and served as vice president of the World Conference of Mayors.

Minister McKenzie’s outstanding and dedicated service to Local Government led to him being awarded the Order of Distinction in the Commander Class in 2008. He was also recognized by Rotary International with the Paul Harris Award and became CVM Television’s Newsmaker of the Year in 2004.

Minister McKenzie is married to Marcia with three sons and two daughters. He lists his hobbies as collecting, selecting and playing music and cricket.