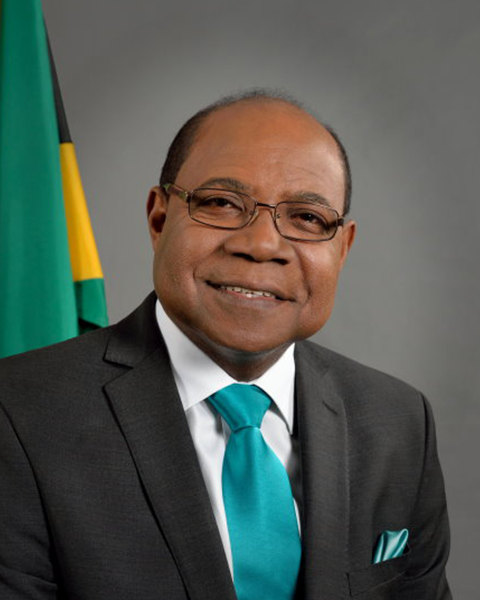 Recognized for his wide-ranging expertise and accomplishments in the political arena, Honourable Edmund Bartlett has given over thirty-five years of service to Jamaica, working in both chambers of Jamaica’s Parliament – the Senate and House of Representatives.

Mr. Bartlett was first appointed Minister of Tourism in 2007, serving until December 2011. Prior to this appointment, he already had a solid track record of service as an outstanding legislator in central government in both Chambers of Parliament. He served as Minister of State for Information, Broadcasting and Culture in the Office of the Prime Minister and Minister of Youth, Sports & Community Development from 1980 to 1989; later he served as Senator and Opposition Spokesman on various portfolios, including Tourism, from 1989 to 2007. While serving in the shadow Cabinet following his first stint as Tourism Minister, Mr. Bartlett traveled the world forging alliances with strategic partners for global initiatives. He returned to the helm of the Ministry of Tourism following the February 2016 victory at the polls by the Jamaica Labour Party.

Beyond the duties of his assigned portfolio, Minister Bartlett has continually championed the advancement of education, skills training and job creation as ways of improving the lives of his constituents in East Central St. James. He is passionate about education and so his efforts have been about creating scholarships for both students and teachers, thus raising the bar for educational achievements. He has also worked tirelessly to improve the welfare of the elderly and disabled in his constituency.

Mr. Bartlett has also represented Jamaica regionally and internationally and currently chairs the Board of Affiliate Members of the United Nations World Tourism Organization (UNWTO). He is the first person to serve on the executive of both the public and private sector arms of this prestigious organization. During his first tenure as Tourism Minister he served as Vice Chairman of the Executive Council of the UNWTO, representing the Americas. He also served as Vice President for the 19th General Assembly of the UNWTO held in South Korea in 2011.

A graduate of the University of the West Indies, where he majored in accounting, he has worked at the senior management level in the areas of marketing and sales as well as accounting, for major multi-national companies operating in Jamaica, prior to entering elective politics.

Minister Bartlett has been married for over 35 years and has two children. His passions include cricket, dominoes and dancing. At work and at play, he lives by the words of Marcus Garvey, Jamaica’s first National Hero:

“God and Nature first made us what we are, and then out of our own creative genius we make ourselves what we want to be.
Follow always that great law: Let the sky and God be our limit and Eternity our measurement.”