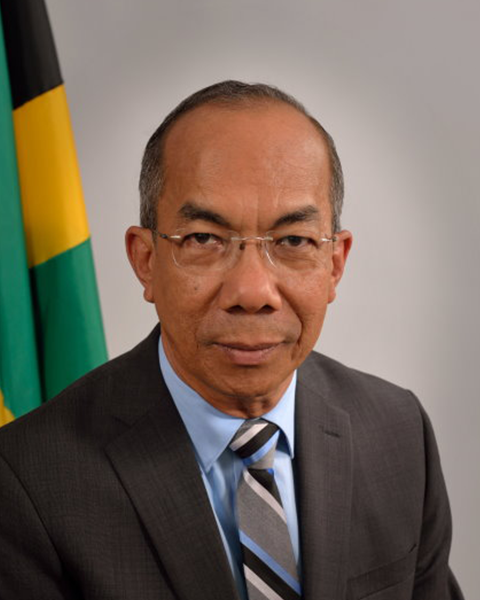 Horace Anthony Chang is a medical doctor by profession, serving in both the public and private sectors where he made significant contributions in the development of a modern public health system for Jamaicans.

A former Minister of Housing, Environment, Water and Local Government from 2007 – 2011, under his guidance, the National Housing Development Corporation of Jamaica which included the Operation Pride Programme, was reorganized and renamed the Housing Agency of Jamaica (HAJ).  In the Water and Wastewater Sectors, he conceptualized the largest major water supply improvement system, the US$211 Million Jamaica Water Supply Improvement Project (JWSIP) while he was Minister.

Dr. Chang was Parliamentary Secretary in the Ministry of Health between 1980 –1986. He has also served as Opposition Spokesman on Housing and Inner-city Development as well as Water and Housing.

Dr. Chang is married to Paulette for over thirty eight years; they have two children, Melissa and Martin. He enjoys reading, playing dominoes and travelling around the island.