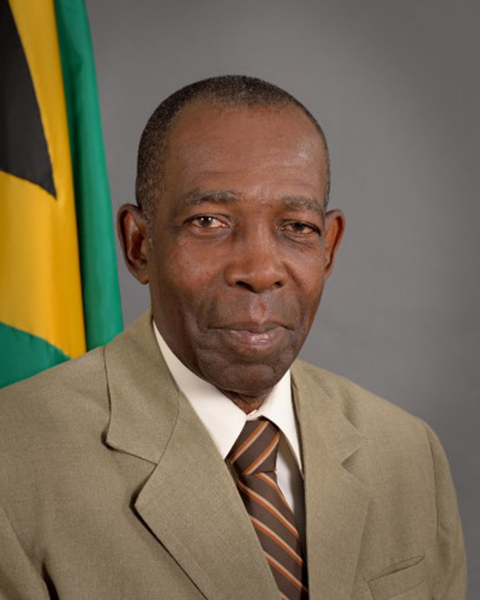 State Minister in the Ministry of Transport and Mining

William James Charles (J.C.) Hutchinson is a professional farmer with a passion for agriculture.

The veteran politician has served in various capacities in Government over the years, and effective March 2016 has been appointed Minister without Portfolio in the Ministry of Industry, Commerce, Agriculture and Fisheries.

Minister Hutchinson is committed to advancing an agricultural sector that forms the foundation for industrial development in Jamaica. He believes that agro-industrial development is a priority for the country and that growth and sustainability can be achieved through agro-economic zones equipped to facilitate expansion along the value chain, so that we can “grow what we eat; eat what we can and can what we can’t”.

Prior to his current ministerial appointment, Mr. Hutchinson served as Minister of State for Agriculture during the period 2007-2011 and as Parliamentary Secretary in the Ministry of Education 1980-1983. In addition to farming, he has also worked as a part-time teacher and a football coach at the St Elizabeth technical High School.

He attended Knox College in Manchester, Munro College in St Elizabeth and Cornell University in New York, USA.  He is divorced and the father of three children.