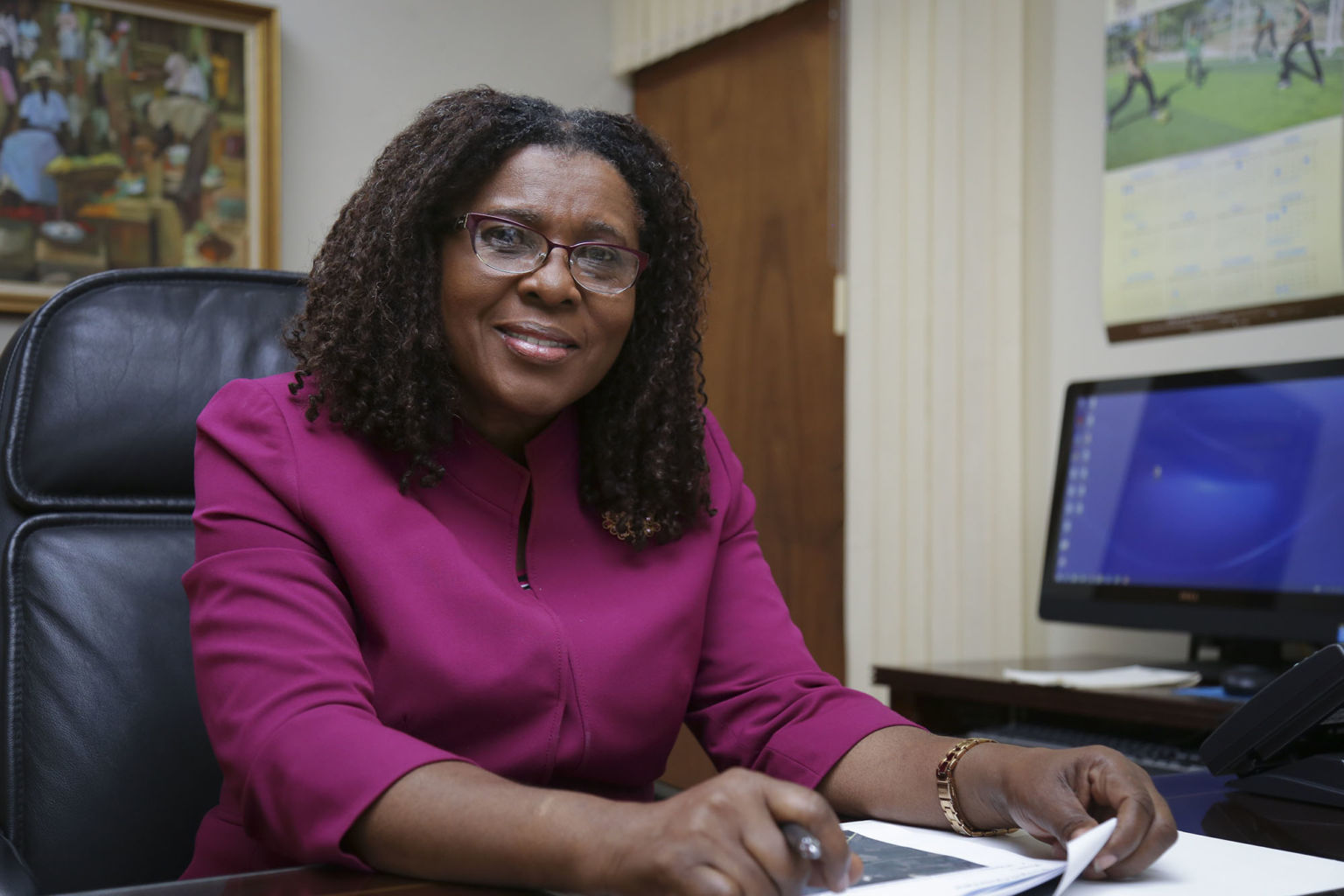 Serves as: Permanent Secretary in both the Office of the Prime Minister and the Ministry of Economic Growth and Job Creation.

Mrs. Sewell taught at the Denham Town Secondary School, Ardenne High School, Girl’s Town Jamaica, and also at the HEART Trust/NTA where she became Director of Academies.  She also lectured at the Department of Management Studies, UWI, and the University College of the Caribbean, UCC.  For both institutions she served as external examiner.  She served as Principal/ Director of the Justice Ministry’s Justice Training Institute of the Ministry of Justice from 2004 to 2008.

In 2008 she served as Permanent Secretary in the Ministry of Education and was subsequently re-assigned to the then Ministry of Transport, Works & Housing in 2011.

Mrs. Sewell sat on several Boards of Public Bodies including the Students Loan Bureau; National Council on Education; Overseas Examination Commission; UWI Technical Advisory Committee and the Jamaica Customs. She currently serves on the Boards of the HEART Trust/NTA and the Northern Caribbean University.

Mrs. Sewell has received the Prime Minister’s Award for Excellence in Education and in 2010 and 2014 she was conferred with the Commander of the Order of Distinction (CD) for outstanding public service in the fields of Education, Justice, Transport Works and Housing.

An ardent and involved member of the North Street Seventh-Day Adventist Church in Kingston, she is married to Winston and is the mother of three sons.