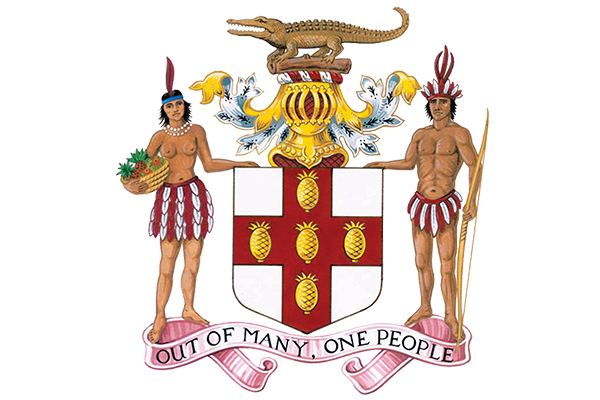 The Jamaican national motto is ‘Out of Many One People’, based on the population’s multiracial roots.

The motto is represented on the Coat of Arms, showing a male and female member of the Taino tribe standing on either side of a shield which bears a red cross with five golden pineapples.

The crest shows a Jamaican crocodile mounted on the Royal Helmet of the British Monarchy and mantling.