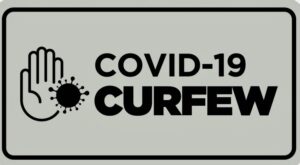 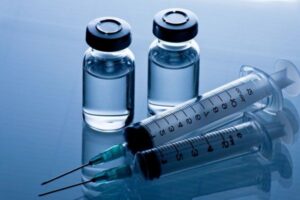 Prime Minister Andrew Holness has announced that when a safe vaccine is approved, the Government will make it freely available to all Jamaicans who wish to obtain it. Speaking this afternoon at a press conference to update the nation on the Government’s management of Covid-19, Prime Minister Holness explained that Jamaica is a part of […] 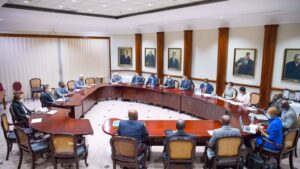 Prime Minister Andrew Holness says with the energy and commitment of the entire team of Parliamentarians, he is optimistic that Jamaica will recover stronger. The Prime Minister was speaking at the start of the new Parliamentary term yesterday (September 15) following the swearing-in of Senators and Members of Parliament at the Jamaica Conference Centre. Prime […] 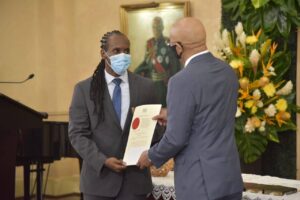 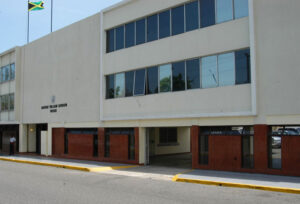 Prime Minister Andrew Holness has selected the full slate of thirteen persons to be appointed to the Upper House of Parliament on the Government side. The 21-Member Senate is comprised of 13 Government Senators and 8 Opposition Senators. Four of the Senators have already been sworn in. Three as Cabinet Ministers and one as Minister […] 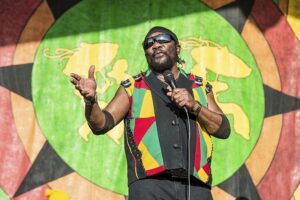 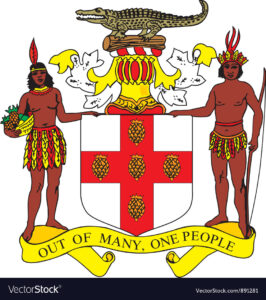 Consequent on the General Elections held on September 3, 2020, the Prime Minister the Most Hon. Andrew Holness has today (September 11) announced that the following Ministers and the Attorney General will be appointed.  The Cabinet Ministers (other than those already sworn in) and the Attorney General will take the Oath of Allegiance and the Oath of […]

Thank you, Naomi. Good afternoon to everyone here and everyone listening on radio and television, and of course everyone listening in on social media. The Ministry of Health has announced already, yesterday, that we’ve had 98 new cases in the last 24 hours. Our cumulative number of cases is now 1,290 and we now have […]

Thank you, Naomi.  Good afternoon everyone here and listening in radio land and television land and of course to our friends in social media. First of all, Naomi before you mentioned that i chaired the COVID Sub Committee of Cabinet but at that meeting we also discussed the weather situation and the flooding that has […]